NHS to migrate to Windows 10 to upgrade cybersecurity defences

April 30, 2018 Kshitija Agrawal Microsoft, Operating system, WannaCry Ransomware, Windows
Microsoft on Saturday announced that The UK Department of Health and Social Care will transition all National Health Service (NHS) computer systems to Windows 10 to better protect against future cyber attacks.
The Department has made a security deal with Microsoft regarding the same.
According to officials, the operating system’s more advanced security features are the primary reason for the transition, such as the SmartScreen technology equipped with Microsoft Edge and Windows Defender.
One of the other reasons for upgrading their security systems was the damages caused by the WannaCry ransomware attack last year, when NHS was one of the first victims.
“More than a third of trusts in the UK were disrupted by the WannaCry ransomware attack last year, according to the National Audit Office, which led to the cancellation of 6,900 appointments. WannaCry was an international attack on an unprecedented scale that affected organisations across the globe. While it did not specifically target the NHS, the impact on health organisations was significant,” read the announcement by Microsoft.
According to Kaspersky and Microsoft telemetry, over 98 percent of all WannaCry victims were Windows 7 users.
“We have been building the capability of NHS systems over a number of years, but there is always more to do to future-proof our NHS as far as reasonably possible against this threat,” said Jeremy Hunt, the Health and Social Care Secretary. “This new technology will ensure the NHS can use the latest and most resilient software available – something the public rightly expect.”
Comments Off

April 30, 2018 Vibhooti Bhatnagar Uncategorized
The EU police agency, Europol claims a coordinated transatlantic international operation has struck a major blow against the internet propaganda of the Islamic State group which has compromised the extremist group’s ‘capability to broadcast and publicise terrorist material.’
European and US law enforcement teams have disabled the key communications channels spread in eight countries that used to broadcast attack claims and spread slick propaganda videos globally.
“With this groundbreaking operation, we have punched a big hole in the capability of [Isis] to spread propaganda online and radicalise young people in Europe,” said Rob Wainwright, executive director of the European police agency. 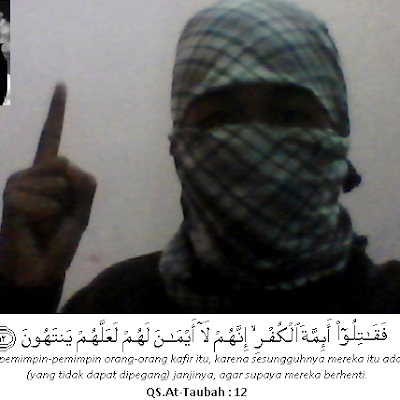 Cyber specialists in various European countries, Canada and the US targeted online sites including the Amaq News Agency, seen as the main IS mouthpiece, as well as lesser propaganda channels including Bayan radio, Halumu and Nashir news, Europol said.
“With this takedown action, targeting major IS-branded media outlets like Amaq, but also al-Bayan radio, Halumu and Nashir news, IS’s capability to broadcast and publicise terrorist material has been compromised,” Europol said.
IS broadcasts in several languages.
The two-day operation on Wednesday (April 25) and Thursday (April 26) was the latest stage of a campaign first launched in 2015.
Europol co-ordinated a "simultaneous multinational takedown" of IS media, seizing digital evidence and servers. The takedown was coordinated via Europol’s headquarters in The Hague with the support of Eurojust, the EU agency for judicial cooperation in criminal matters. IS jihadists may now be identified.
The agency said in a statement that the operation, led by Belgian prosecutors and involving teams from Bulgaria, Canada, France, the Netherlands, Romania, the UK and the US, was aimed at severely disrupting the propaganda flow of Isis, hampering its ability to broadcast terrorist material for an undetermined period of time.
It said French, Romanian and Bulgarian police had quantities of digital evidence, while law enforcement officers in the Netherlands, US and Canada captured Isis servers and Britain’s counter-terrorism internet referral unit identified top-level domain registrars abused by Isis.
Comments Off 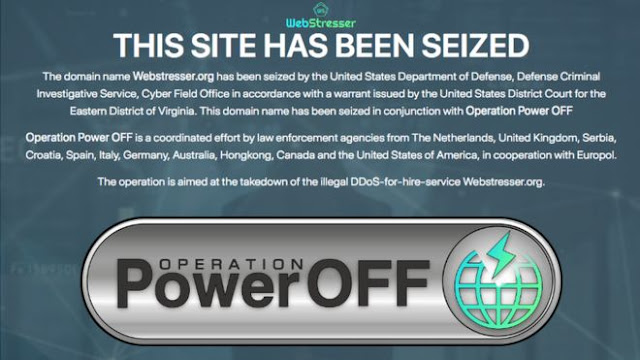 Webstresser.org, a popular DDoS-for-Hire website service on Wednesday was taken down by authorities from the US, UK, Netherlands, and various other countries in a major international investigation and arrests have been made.
The website is blamed for more than four million cyber attacks globally in the past three years and had over 134,000 registered users at the time of the takedown.
The operation, dubbed “Operation Power OFF,” targeted Webstresser.org, a website service which launched DDoS attacks all over the world at the buyer’s bidding. It involved law enforcement agencies from the Netherlands, United Kingdom, Serbia, Croatia, Spain, Italy, Germany, Australia, Hongkong, Canada, and United States of America, coordinating with Europol.
The domain name was seized by the US Department of Defence.
The website allowed criminals to buy attacks on businesses and was responsible for cyber attacks all over the world, including a British suspect who used the site to attack several high-street banks last year, causing hundreds of thousands of pounds of damage.
“As part of the operational activity, an address was identified and searched in Bradford and a number of items seized. NCA officers believe an individual linked to the address used the webstresser service to target seven of the UK’s biggest banks in attacks in November 2017,” UK’s National Crime Agency said in a statement.
The site was one of the various websites operating openly as a “stresser” service that offered to test a company’s cybersecurity defenses. According to investigators, the gang behind the website sold cyber attacks for as little as $14.99.
Seven suspected administrators have been arrested over the last few days or subjected to searches by authorities. and computers have been seized in UK, Holland, and elsewhere.
Law enforcement also took “further measures” against frequent users of the service, details of which have not yet been disclosed.
“By taking down world’s largest illegal DDOS seller in a worldwide joint law enforcement operation based on NCA intelligence, we have made an unprecedented impact on DDOS cybercrime,” said Gert Ras, Head of the National High Tech Crime Unit at the Dutch National Police. “Not only were the administrators of this illegal service arrested, but also users will now face prosecution and civil liability for caused damage.”
Comments Off

April 29, 2018 Medha Bhagwat Data Privacy Laws, Gmail.
Google's email service as it gets ready for tougher data privacy laws has now added the option to enable messages to become unreachable after a definite set time.
The new "confidential mode" can be utilized to stop recipients being readily able to forward, copy, download or print correspondence sent by means of Gmail.
BBC News reports that the new facilities are a part of a much pervasive overhaul of the cloud-based administration.Experts say that the options were "long past due" although should enable Google to persuade more organizations and businesses to join.
Chris Green, from tech consultancy Lewis says:
"Other platforms, like Microsoft Exchange, let you use plug-ins to do something similar. So this isn't anything unique. But none of the cloud-based mail services have offered these data protection features until now, so they are quite distinctive in that respect.”
Since screen grabs and photos of a computer display are as yet conceivable , the anti-copy functions though won't keep the determined users from replicating  messages – - yet they have planned to limit the risk of the confidential information being coincidentally passed on to the wrong party, which may constitute an information break or in other simpler terms , a data breach.
This move comes a month prior to another EU data privacy law - the General Data Protection Regulation (GDPR) - comes into force.
It requires organisation to inform nearby information curators of a breach inside 72 hours of getting to be mindful, and expands the amount that they can be fined for non-conformity.
"The timing of this is not a coincidence," Mr Green adds later “A lot of this will be about ensuring that Gmail will continue to be a viable for enterprise users, as it will help them show they are GDPR-compliant.”
Comments Off google

April 28, 2018 Vibhooti Bhatnagar Uncategorized
World famous Facebook Inc is on the hound for other Cambridge Analytica-sized data leaks, and the company on Thursday (April 26) warned its users and investors that they might not like what it finds.
In its quarterly report shared with the US Securities and Exchange Commission (SEC), without mentioning Cambridge Analytica, Facebook has said it expects to discover and announce more “instances of misuse of user data or other undesirable activity by third parties.” This could also expose Facebook to more regulatory risk, fines and penalties.
"We may also be notified of such incidents or activity via the media or other third parties," Facebook said on Thursday. Either way, "the discovery of the foregoing may negatively affect user trust and engagement, harm our reputation and brands, and adversely affect our business and financial results," the world’s biggest social-media giant said in the filing. 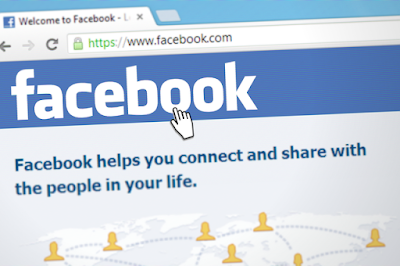 "Such incidents and activities may include the use of user data in a manner inconsistent with our terms or policies, the existence of false or undesirable user accounts, election interference, improper ad purchases, activities that threaten people's safety online or offline, or instances of spamming, scraping, or spreading misinformation," the company said.
Facebook chief executive Mark Zuckerberg, who has spent most of the past month on the fallout from the revelations on the hijacking of personal data by a political firm, sought to reassure investors in the latest update. "Despite facing important challenges, our community and business are off to a strong start in 2018," Zuckerberg said.
"We are taking a broader view of our responsibility and investing to make sure our services are used for good. But we also need to keep building new tools to help people connect, strengthen our communities, and bring the world closer together." Facebook shares climbed more than 4.7 percent to USD 167.33 in after-hours trades that followed the release of the earnings figures.
Comments Off
« Older Entries