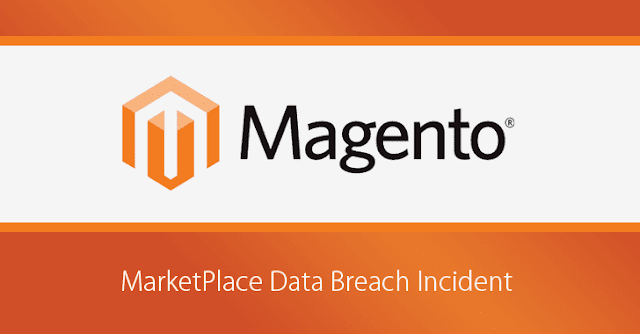 Recently Magento Marketplace, a portal for purchasing, selling, and downloading plug-ins and themes for Magento-based online stores was hit by a major security breach revealed by Adobe, as Adobe acquired Magento for $1.68 billion in May 2018.

The impacted users incorporate both the regular ones who purchased themes and plugins as well as the theme developers who were utilizing the portal to sell their code and make money.

In an email sent to users, the company said it was the vulnerability in the Magento Marketplace website that permitted "an unauthorized third-party" to access the account data for the registered users. The vulnerability enabled access to user information, like name, email, store username (MageID), billing and shopping addresses, phone number, and limited commercial information like percentages for payments Adobe made to theme/plugin developers.

However, fortunately, any account's passwords or financial information were not exposed, according to Adobe. 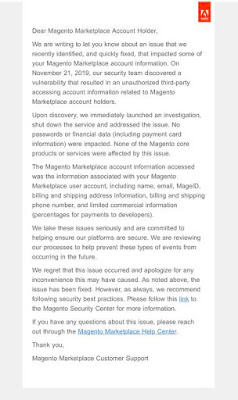 Jason Woosley, Vice President of Commerce Product and Platform, Experience Business, at Adobe, says “We have notified impacted Magento Marketplace account holders directly and already took down the Magento as soon as we learned of the hack in order to address the vulnerability.”

The store is currently back online.

Nonetheless Adobe executive said the hack didn't bring about any outages or disturbances to the company's core Magento products and services, and, at the hour of writing, there is no reason to accept that the hacker compromised Magento's core backend or plugins and themes facilitated on the 'marketplace'. 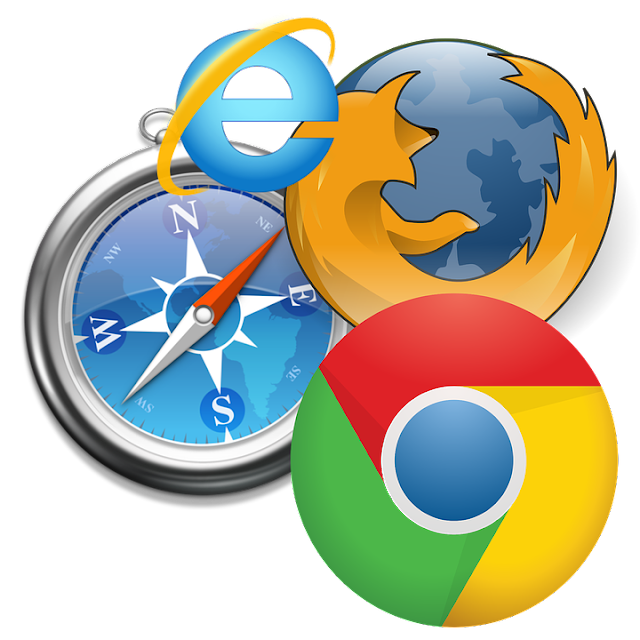 The information collected by the Chrome browser including passwords, usernames, and other user credentials is being exposed to heavy risk as a new trojan known as CStealer attempts to steal the confidential data stored onto Google's Chrome browser.

Password stealer trojans include applications that tend to run in the background and silently gather sensitive information about the system such as connected users and network activity. It attempts to steal confidential information stored onto the system and the browsers like usernames, passwords and other credentials which once being stolen are sent to a specified destination by the attacker.

While the idea behind this info-stealing trojan is just like many others- which is to steal user credentials saved onto the browser's password manager, however, the fact that CStealer uses a remote MongoDB database to store the stolen data is what makes this case unprecedented and interesting.

The malware which was discovered by MalwareHunterTeam and was later analyzed by James does not compile and send the stolen data to a C2 under the author's command, rather, it is programmed to directly connect to a remote MongoDB data and utilize it to keep the stolen passwords stored, according to the findings.

As soon as the passwords are successfully stolen, the malware tends to link to the database and store the stolen data as per the network traffic created which was examined by James. In order to carry this out, the malware carries hardcoded MongoDB credentials and to connect to the database, it uses the MongoDB C Driver as the client library.

Notably, the approach is a bit more sophisticated and not as mainstream, however, ultimately it gets the agenda right as it successfully gets the credentials stolen. In doing so, indirectly it also gives a free invitation to other hackers to access the victim's confidential information as it tends to decrypt the privacy layers already. To exemplify, anyone who would examine the malware afterward, from law enforcers to security officers, will be able to retrieve the hardcoded passwords and employ them to get to the stolen data.
Comments Off 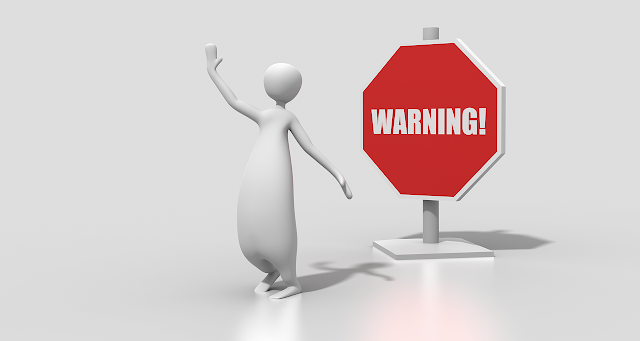 Experts of the antivirus company Kaspersky Lab reported that in the discount season, also known as Black Friday, the number of threats from cyber fraudsters has grown significantly.

"According to Kaspersky Lab, the number of phishing threats related to Black Friday has increased significantly over the past two weeks. On the eve of big sales and the upcoming holiday shopping season, cybercriminals are increasingly trying to attack users who prefer to shop online," said the antivirus company.

So, in the period from 18 to 24 November, the company recorded almost twice as many fraudulent resources, compared to the previous week.

The number of phishing attacks on online stores has also increased.“This growth is especially noticeable in Russia: if approximately every 20th phishing attack was sent to the e-commerce section in Runet two weeks ago, last week phishers tried to attack Russian online stores in every 11th case,” concluded company.

As Kaspersky Lab content analyst Tatyana Sidorina noted, an increase in the percentage of phishing attacks is also expected in the upcoming New Year's sales. In addition, there are about 12% more such attacks in the fourth quarter than at other times of the year.

It is interesting to note that earlier, Roskomnadzor warned about the appearance on the eve of Black Friday fraudulent sites that illegally collect personal data under the guise of sales.

"Roskomnadzor experts note that the main purpose of collecting such data (name, phone number, email address, bank details, etc.) is to use them later as spammer databases and to steal bank card data,” stated the regulator. 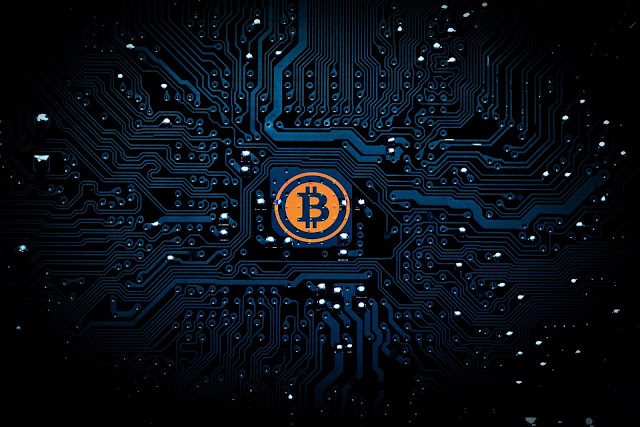 ESET describes the module as, "highly modified version of the xmr-stark open-source crypto-miner," Stantinko’s mining module, dubbed CoinMiner. Stantinko is so powerful that it can "exhaust most of the resources of the compromised machine." ESET elaborate, that each sample of the model is unique and compile a different module for every victim. "This module’s most notable feature is the way it is obfuscated to thwart analysis and avoid detection," said ESET. CoinMiner. Stantinko is divided into four logical parts with distinct capabilities. The main component does the actual mining, and the other three parts perform the following functions-
•suspending other (i.e. competing) crypto-mining applications
•detecting security software
•suspending the crypto-mining function if the PC is on battery power or when a task manager is detected, to prevent being revealed by the user CoinMiner.

Stantinko doesn't communicate with the mining pool directly, rather it uses a proxy with IP address derived from the description texts, of YouTube videos. This module communicates with the proxies by the hashing algorithm that takes place over TCP and encrypted by RC4. It adapts to adjustments of algorithms to mine the most profitable cryptocurrency. YouTube when alerted of the scam by ESET, removed the offending channels.

Preventing Detection
CoinMiner.Stantinko is very smart in preventing detection, it removes itself in the presence of a competitor. It temporarily suspends mining if there’s no power supply. "Our discovery shows that the criminals behind Stantinko continue to expand the ways they leverage the botnet they control," Hrcka concludes. "This remotely configured crypto-mining module, distributed since at least August of 2018 and still active at the time of writing, shows this group continues to innovate and extend its money-making capabilities."
Comments Off

An IT contractor accidentally takes down NYPD’s high-tech fingerprint database with a ransom malware! 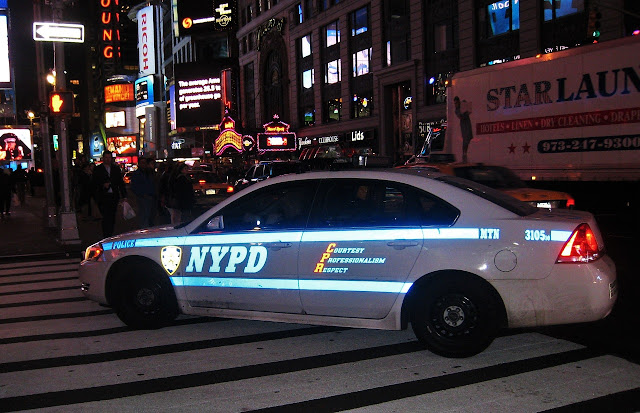 The NYPD was hit by this ransom malware when they hired a third-party IT, contractor, to set up a digital display at the police academy in Queens on October 5 last year. And when he connected his tainted NUC mini-PC to the police network, the virus attached itself to the system. The virus immediately spread to 23 machines linked to the department's LiveScan fingerprint tracking system.

The ransomware was not executed but the fingerprints system was shut down for hours and were switched back on the next morning. Precautionary, 200 computers were reinstalled throughout the city to be safe.

The NYPD said, 0.1 percent of computers were attacked by the breach but the threat potential was large, as once inside the system, they could access case files and privileged data. The virus, ransomware locks the data, unless a 'ransom' is paid, fortunately, it could not execute the command and they shut down the system.

The IT contractor that accidentally bought the malware was questioned but not arrested.

Experts told the New York Post that breaches in public databases pose a serious security issue. Adam Scott Wandt, a professor of cybersecurity at John Jay College of Criminal Justice in Manhattan, said any breach put information at risk of being stolen. 'It's a fairly complex world that we live in,' he added. 'Everything is linked together. The government normally does a fairly good job of keeping hackers out, but every now and then there is a breach.'
Comments Off
« Older Entries