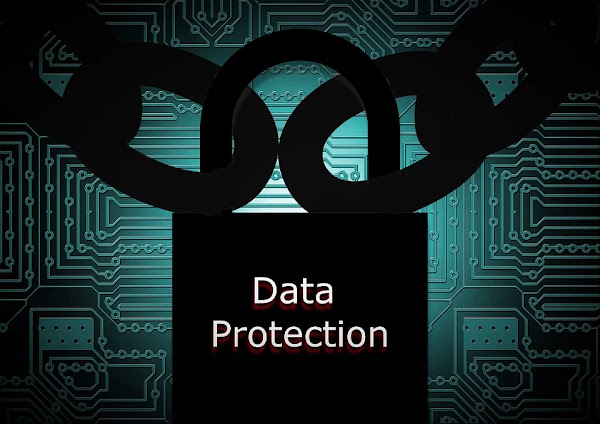 Lazada, a Singapore firm owned by e-commerce company Alibaba, suffered a hacking attack that cost more than one million accounts. On Friday, the e-commerce company said it lost user accounts containing personal information like credit card credentials and addresses. In what is considered one of the most significant data breach incidents, Singapore suffered a data breach of 5.7 million accounts.
According to ZDNet, "once beloved for its streamlined and clean users interface, the integrated RedMart experience was described by customers as cluttered, difficult navigate, and missing several popular features such as the ability to update a scheduled order and access to the favorite items list." In its email, the firm confirmed that the hackers took the information from the database of its online grocery platform, RedMart. RedMart had been inactive for more than eighteen months. Experts say that the attack on RedMart was bound to happen as the company didn't take cybersecurity measures when it incorporated the app into its digital platform around a year ago.
There were various flaws in the integration policy when the company merged. According to experts, Lazada should have done a review of the process after completing the transition. After a hacker claimed that he had access to RedMart's one million accounts, the incident became famous, including personal information like banking details, passwords, contacts, addresses, and names. Lazada had taken RedMart in November 2016. The company has notified the affected users about the data breach. The user accounts have automatically logged out and have been told to change their passwords. Lazada has confirmed that RedMart's database was on a third party provider's hosting service and the accounts hacked were out of date.
The company says it has taken immediate measures to prevent the issue, and any illegal access has been denied, and no customer data has been breached. "The Southeast Asian e-commerce operator in January 2019 announced plans to integrate the RedMart app into its platform, more than two years after it acquired RedMart. Lazada itself was acquired by Chinese e-commerce giant Alibaba in April 2016," reports ZDNet.
Comments Off 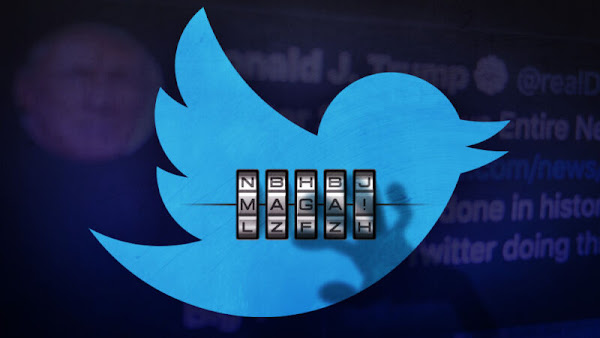 According to reports by a Dutch media, US President Donald Trump's Twitter account was purportedly hacked, after a Dutch researcher accurately speculated the president's password: "maga2020!"
De Volkskrant, a Dutch daily morning newspaper revealed, the ethical hacker and security researcher Victor Gevers had been able to access Trump's direct messages, post tweets in his name and even change his profile.
A Twitter spokesperson however has denied this hack, in a statement, they stated, "We’ve seen no evidence to corroborate this claim, including from the article published in the Netherlands today. We proactively implemented account security measures for a designated group of high-profile, election-related Twitter accounts in the United States, including federal branches of government."
Jack Mannino, CEO at nVisium, a Falls Church, Virginia-based application security provider, explains, “A security-savvy team would assume that these controls were important and would likely opt to use a strong password as well as MFA to reduce the likelihood of account takeover attacks. However, in the event users of the account opted for convenience over safety, it is not Twitter's responsibility to force people to pick strong passwords or to implement the security features they offer to users. Twitter's job is to offer a secure platform and strong security features, which they do. If people are unable to convince the President to wear a mask during a pandemic, it's unlikely they could force him to use a strong password.”
Supposedly gaining access to Trump's Twitter implied that Gevers was suddenly able to associate with all of Trump's followers i.e. approximately 87 million users as per De Volkskrant's story.
He had attempted multiple times before utilizing the "correct" password, says, “I expected to be blocked after four failed attempts. Or at least would be asked to provide additional information.”
Gevers revealed to De Volkskrant that President Trump was not utilizing fundamental safety measures, like the multifaceted authentication.
As indicated by the news report, Gevers frantically reached out to Donald Trump to caution him, which ended up being a rather impossible task. Remarkably though, Gevers along two other Dutch ethical hackers had likewise hacked Trump's record somewhere four years back.
In those days Trump's password was "your fired", which according to VN news, was his 'catchphrase' from the reality television show that brought him half the popularity that he has today, before his election, The Apprentice.
Comments Off 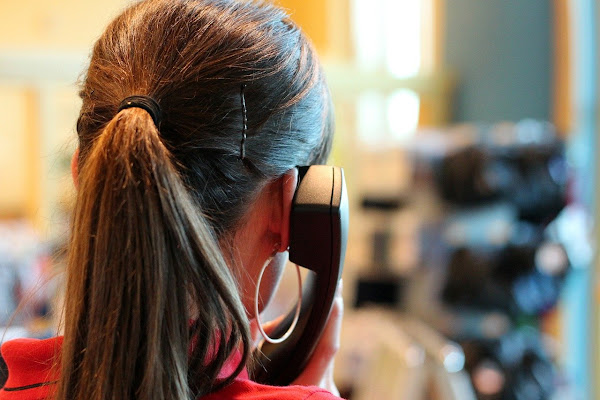 According to experts, this approach makes it possible to reduce the cost of attacks on victims and increase conversion.

"The robot says: "Your card in this bank is blocked, call us back at this number”. When the victim calls back, allegedly the bank's security officers answer, ” explained Artem Gavrichenkov, technical director of Qrator Labs. He added that scammers make up to hundreds of calls a day using such robots.

The fraudsters in this case used "reverse social engineering", said Alexey Drozd, head of the information security department at SerchInform. In such cases, the victim calls the attackers.

Andrey Zaikin, Head of Information Security at CROC, explained that people are not used to the use of robots by scammers, this increases the credibility of hackers.

The technology also makes the attack cheaper, adds Mikhail Kondrashin, technical Director of Trend Micro in Russia and the CIS. A robot is a simple software for auto-calling, notes Mr. Zaikin. Developers of voice platforms usually do not charge a fee for creating such a bot, and the average cost of a call is 2.5–3.5 rubles ($0.3-$0.4) per minute.

Previously, many fake call centers operated from prisons, but recently, according to Group-IB, most are organized outside and sometimes even abroad. According to experts, international cooperation at the state level is necessary to neutralize them. 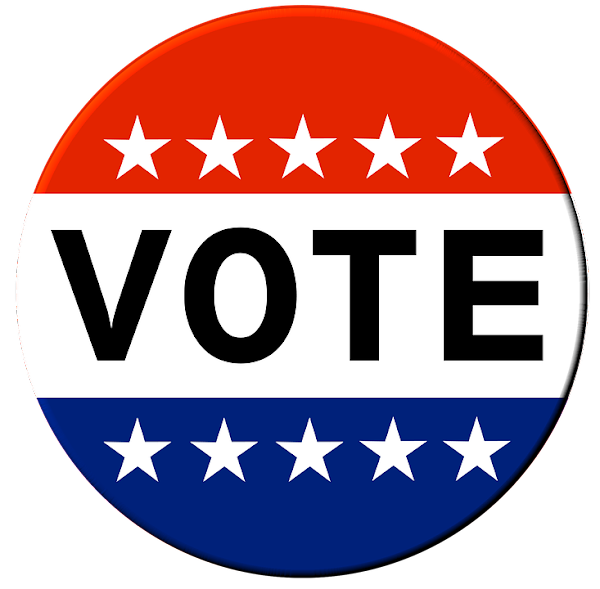 Wisconsin: Republican officials said that hackers stole $2.3m from the party's account being used to support Donald Trump's re-election.
Following the discovery of the suspicious activity on 22nd October, the FBI has been contacted to investigate the matter, as per the statements given by the state party chairman Andrew Hitt. He also that the state was warned regarding such cyberattacks in August during the party's national convention.
The campaign invoices from four vendors were manipulated by hackers to steal the funds, as per the reports by the Associated Press. These vendors were being paid to send out direct mail and handing out pro-Trump material like hats to support the Trump campaign.
Seemingly, the attackers began from a phishing scam and proceeded with altering the invoices to direct payments from vendors to themselves, Mr. Hitt said. A party spokesman added that no data seemed to be stolen. However, millions were stolen from the Wisconsin Republicans' federal account.
According to Joe Tidy, BBC cyber-security reporter, "The information security world is tense right now waiting and watching for cyberattacks that could affect the US election."
"It sounds like an almost standard case of something called Business Email Compromise (BEC). Effectively the hackers have either gained access to or spoofed an email address to put themselves between the Wisconsin Republican party HQ and one of their suppliers. The party then transferred the money to the hackers instead of its campaign partner," he said.
"The reported hack comes as Mr. Trump and Democratic rival Joe Biden are both making a final push this week to secure Wisconsin ahead of the 3 November election."
"There have also been hundreds of attempted attacks on the Wisconsin Democratic campaign, a spokeswoman told the Associated Press."
"The Midwestern state is one of a handful of core battleground states - areas which could realistically go to the Republicans or Democrats - this election season. Candidates will need to win in several states like Wisconsin in order to win the presidency." He further added.
Comments Off 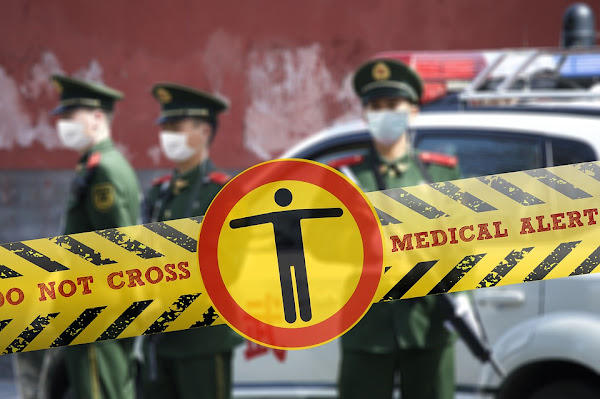 Cybercriminals are attacking the U.S. healthcare systems, destroying the network infrastructures, and stealing critical data. The U.S. federal agencies have issued an alarm that healthcare is in great danger of cyberattacks and intrusions. Hackers have become more active in attacking healthcare networks. The rise in hacking attempts had led to a risk of breach of patient privacy, which is a critical issue during the Covid-19 pandemic, as the cases are at an all-time high.
The FBI and other agencies in a joint report mentioned that they had verified information about cyberattacks on U.S. healthcare providers and hospitals. The warning also emphasized that few criminal groups are now targetting the healthcare industry to steal critical data and disrupt health care services. The ransomware attacks can scramble data into jargon. Only the security keys that the hacker has can reassemble data. The hacker demands payment in turn for providing the security keys. According to cybersecurity experts, the criminal groups had attacked more than five U.S hospitals until this week, and the figures can go up to a hundred. The election is almost near, and a Russian hacking group attacks the healthcare systems.
According to the Guardian, "The federal alert was co-authored by the Department of Homeland Security and the Department of Health and Human Services." The attack's motive is not clear, but it seems that it was most likely to be money. Cybersecurity firm Mandiant says that this is the most dangerous cyber threat ever witnessed in the U.S. Another firm, Hold Security, states that it is the first time they have seen a massive cyberattack of such scale in the U.S.
We should note that the attack's timing before the elections and during the pandemic makes it a severe cyber threat. In the past 18 months, the U.S has experienced a wave of ransomware attacks, with targets like schools, government authorities, and cities. "The cybercriminals launching the attacks use a strain of ransomware known as Ryuk, which is seeded through a network of zombie computers called Trickbot that Microsoft began trying to counter earlier in October," reports the Guardian.
Comments Off
« Older Entries